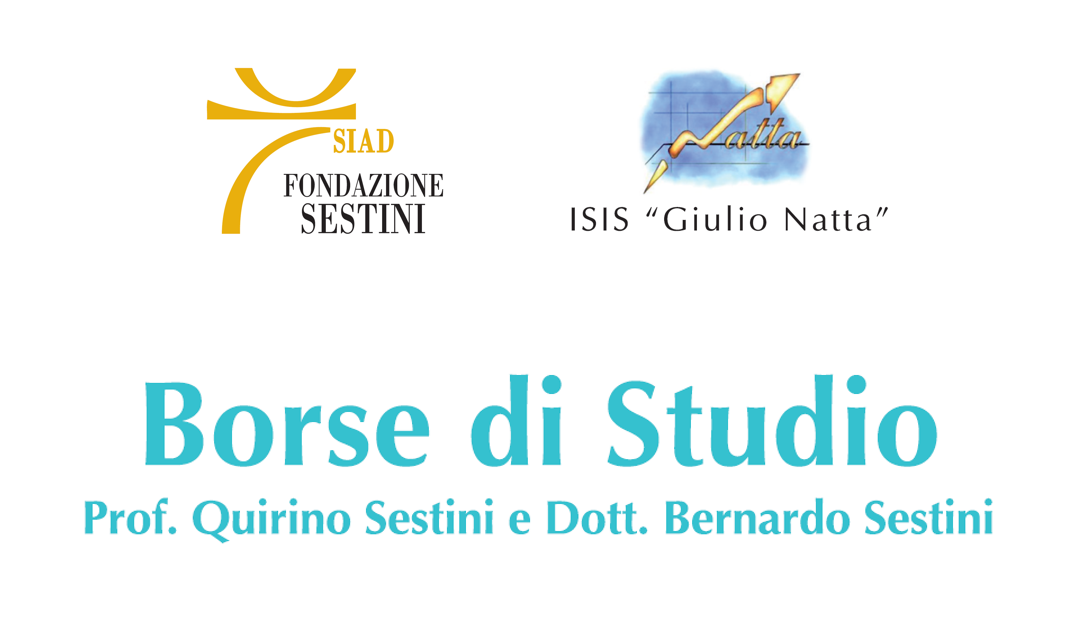 The rapid technological change requires more and more the protagonism of young people who see in scientific research the engine of growth and development. With this objective and in order to stimulate critical thinking and scientific culture, the SIAD Sestini Foundation, together with Isis Giulio Natta, supports the training of deserving students through the Scholarships named after Professor Quirino Sestini and Dr. Bernardo Sestini, both former professors of the Paleocapa Institute.

For the 10th edition, the title is: "Your chemistry for the ecological transition: a good experimental idea", confirming the desire to support innovation with a strong orientation towards environmental sustainability.

This initiative, which involves five classes of the institute, for five scholarships and five school levels, has precisely the purpose of stimulating, depending on the level of training, research: the first and second classes for the "Junior" category and the third, fourth and fifth classes for the "Senior" category can participate.

A commission composed of the President of the Sestini Foundation, Roberto Sestini, the Headmaster of the Regional School Office for Lombardy, Bergamo area, a delegate of the Regional School Office for Lombardy, the Headmaster of the ISIS "Giulio Natta" and a teacher of the technical-scientific area will evaluate the works, to be submitted by July 30, 2022. In the committee was also present Silvia Giordani, scientist of the Department of Chemical Sciences, Dublin City University (DCU) and former student.

In presenting the 2022 edition, SIAD Fondazione Sestini also made a long-awaited announcement: once the first 10-year anniversary of the Scholarships is over, the initiative will be renewed for another 10 years. A further demonstration of the desire to support scientific research and student talent.